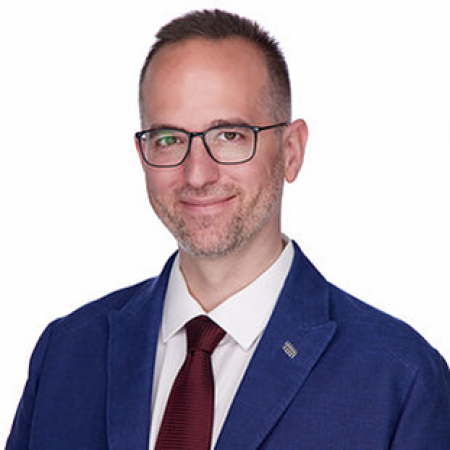 ScaleUp Factory provides founders with smart money and growth advising. It considers itself their “superpower assistant” by adopting a “get-your-hands-dirty” approach and a “you bleed-we bleed” principle so that founders get stronger – better and faster.

“The philosophy of the ScaleUp Factory is to celebrate entrepreneurs as heroes of our time and shapers of our world,” says Vincent Favrat, Founder of ScaleUp Factory.

Impact on Society and the Market

Transitioning from -10 to 20+ people, finding the right product/market fit and internationalising are no simple moves. It is a time of fragility where the KPIs often don’t fit the investment capabilities of BAs anymore, nor the classical VCs’ investment criteria.

“That’s where the ScaleUp Factory can support the growth of promising start-ups by investing right in the pre-series A gap,” explains Mr. Favrat.

Acting as a growth matrix, the ScaleUp Factory contributes to the start-ups' quantum leap forward in the scale-up phase. By doing so, it closes a gap between Seed and VC funding, at a time when start-ups have to cross the chasm and reorganise themselves to thrive while choosing healthy paths to growth.

Son of a renowned scientist, Vincent Favrat grew up in the world's most innovative country – the deep-tech nation of Switzerland. He spent 10 years working abroad in Germany, Belgium, France, and the USA.

Vincent is a serial entrepreneur and an entrepreneurial investor. He founded the ScaleUp Factory after having led the Belgian Emotion AI scale-up Musimap SA (metada enrichment, psychographic profiling). Prior to that, he specialised in financing the creative industries from Berlin after starting his career next to Claude Nobs at the Montreux Jazz Festival.

An Interesting Story That Impacted His Vision

He ended up working with Claude Nobs and Quincy Jones. Who knows, a collaboration with David Lynch may still be possible.

The ScaleUp Factory has achieved 8 investments to date on a pan-European level (Berlin, Barcelona, Copenhagen, London, Lille, Paris/LA, and Lausanne).

Two years since its creation, the ScaleUp Factory is now working on its first successful exit. It has produced an award-winning/best-selling game and accompanied 4 of its 8 portfolio companies go from €100K to above €1M in ARR.

Vincent Favrat has organised over 300 concerts, and has produced 35 film scores, one video game, and several film co-productions. He thus developed first-hand experiences and successes covering a large scope in the creative industries.

Mr. Favrat is regularly invited as:

The ScaleUp Factory is developing a close collaboration with InvestHorizon as both aim at contributing to turning world-class, rock-solid start-ups into crystal clear scale-ups on their way to become European Diamonds.

InvestHorizon allows the ScaleUp Factory to consolidate its deal flow by identifying high-potential start-ups on a pan-European level.