itsmydata – Regain Control Over Your Data and Achieve Data Sovereignty 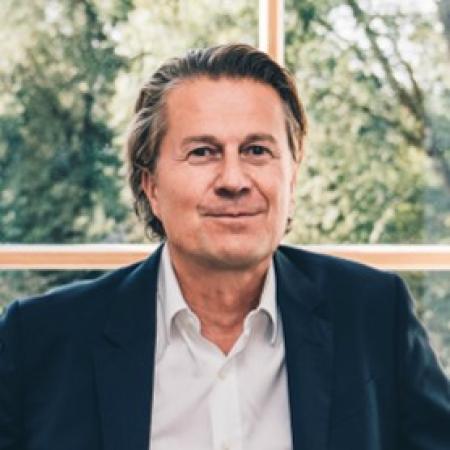 itsmydata aims to pave the way for a fair and mutually beneficial relationship between users and companies where the focus is on people.

“My friend Dr. Michael Giese and I founded itsmydata in October 2017.” Michael is a rocket engineer and always has a solution. He has a strong data background, having been an executive manager at Kearney, Allianz, and Schufa.

“I am the Economist in the team – with a strong will to win. Prior to my current position, I have held various leading positions, including being the Vice President of GCS Germany, a member of the European Executive Board at American Express, and the CEO of the data specialist Axon Insight,” says Alexander Sieverts, Co-Founder of itsmydata.

Alexander also contributed to the founding and development of webfair AG during the famous dot-com times (exit 2006). 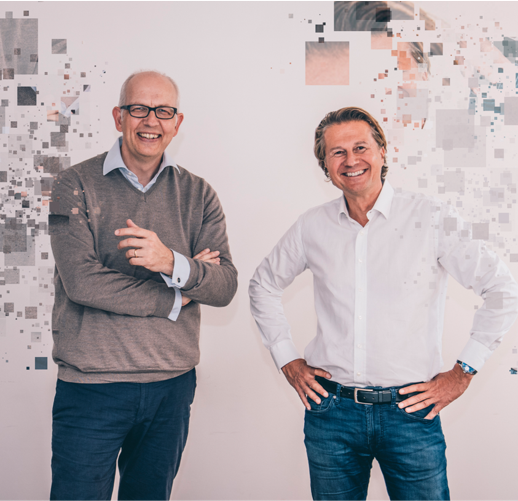 Vision and Mission of itsmydata

itsmydata’s vision is to give users the power over their personal data.

Their mission is to become Europe’s leading platform for personal data trade between users and companies.

“On the B2C side, we give consumers sovereignty over their personal data. We do this by providing them with the tools to get their data from companies, have that data altered or deleted, and, in the future, sell their personal data to companies if they want us to do so,” explains Mr. Sieverts.

On the B2B side, there are also a couple of aspects to look at:

itsmydata also supports companies in developing new digital services. Their most recent example is the digital self-disclosure, which the team developed jointly with Boniversum, a part of the Creditreform Group.

How Did It All Start?

“Michael and I met more than 10 years ago at a press conference where we presented a study together, and immediately became good friends,” shares Alexander Sieverts.

Different experiences in the industry led them to the same conviction that data belongs to the user, and the industry needs access to this data. Over time, Dr. Giese and Mr. Sieverts developed the idea of itsmydata, and on October 15th, 2017, not even one year shy of the new GDPR coming into effect, they founded the company.

“We realise we are running a marathon. However, we also know we have already run more than half of it at a very good pace,” proudly explains Alexander Sieverts.

A usual B2C success story for itsmydata is a user ordering their Creditworthiness Certificate.

With it, they not only efficiently save money when compared to the customary price. They also have ALL relevant scores in one document. That enables them to do a peer comparison and to have a look at all the data inquired from companies about the user on the company platform. This makes them more aware of what personal data about them is actually out there.

A B2B success story is the company’s joint development of the digital service with Boniversum. It now allows them to build a direct-to-consumer business. 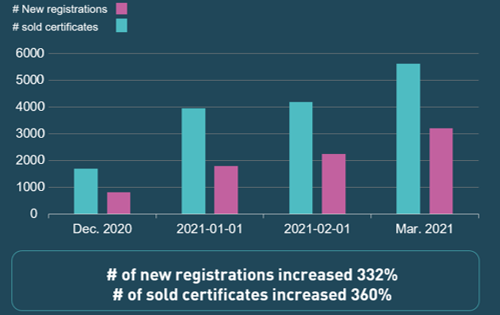 “For Michael and me, that is the launch of our Creditworthiness Certificate. With it, we were able to show that our idea was monetizable and scalable, and that data from different credit agencies could be provided to the user equally next to each other,” shares Alexander Sieverts.

Digitalising and reading out the data worked flawlessly. itsmydata’s team showed that they don’t necessarily need high acquisition costs in the B2C area, and that they can develop new digital products.

During his work at Schufa, Dr. Giese initiated a project out of conviction where the user should become the data owner, which the company did not want to pursue. Later, when he left Schufa, he decided to carry out the project himself.

“For me, it was a meeting between an insurance company and a car manufacturer where the point of discussion was whom the user’s data belongs to,” explains Alexander Sieverts.

The car manufacturer thought the data belonged to them, while the insurance company really wanted to obtain that data. Mr. Sieverts’ opinion was that the only way to answer this was with user consent.

“The idea that the user becomes sovereign over his/her data will win,” says Alexander Sieverts. This will change everything. It will mark the end of the Big Tech as it is today.

And when looking at Apple’s new strategy with the iOS 14.5, it shows that the user gets control over their data, and it shows that itsmydata is on the right track.

“We wouldn’t want to miss any of it,” concludes Mr. Sieverts.