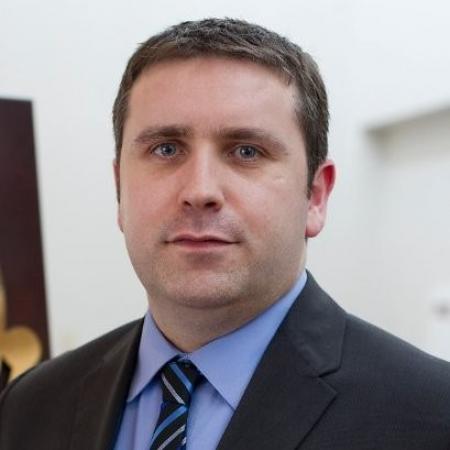 Equal 1 Labs is a company that designs quantum processor chips and integrates them into a cryogenic system (at the whopping -270 degrees C!).

“We also design software that is needed for software engineers to do useful things with our technology,” explains Jason Lynch, COO of Equal 1 Labs.

Quantum computing today is similar to the early days of microprocessors – a very exciting time. The company’s approach is disruptive as it is using a commercial silicon process to design its processor.

This means the team can be extremely cost-effective with a form factor very different from competing technologies. “We have the vision of democratising quantum computing and making it available for everyone to benefit,” says Jason Lynch.

What Keeps the Team at Night?

“It varies depending on which night of the week,” jokes Jason Lynch.

His team and he are working on very complex physics and engineering challenges, and they have very ambitious goals.

Worrying about making sure they can deliver on their goals is a recurring early-morning theme. At night, making sure they are cultivating a company culture where everybody can thrive doing exciting work keeps Jason Lynch up.

What Problem Does Equal 1 Labs Solve?

Quantum computing is a potential game-changer as the field promises an exponential increase in computing power. This will enable breakthrough applications in areas as diverse as:

“The perceived wisdom is that useful quantum computing remains decades in the future. We have a vision to accelerate the introduction of useful, cost-effective quantum computers using our silicon-based technology within a 3-year time horizon. Our technology is particularly suited to artificial intelligence (AI) applications,” explains Jason Lynch.

Although artificial intelligence has revolutionised many industries and applications, it has come at a cost. The trajectory of AI today is not sustainable. The amount of energy required for AI applications means that it is now a material and growing contributor to global carbon output and hence global warming.

“Today’s AI, based on digital technology, is costly, power-hungry, and, frankly, we believe it is trying to fit a square peg in a round hole,” continues Jason Lynch. Nowadays, it takes comparable computer power to manage the many parallel processes occurring in AI engines than it does to actually do the calculation required.

Digital technology has taken Equal 1 Labs’ team a long, long way, but they believe it is running out of steam and will not fulfil the promise of AI. Their approach to building this machine is radical.

Jason and his team believe the general consensus (superconducting or trapped ion quantum computers) is wrong. They see the long and remarkable progress that has been made in semiconductors as the only way to scale to the number of qubits (the quantum equivalent of digital bits in a classic computer) required for their vision of the next leap in AI to occur.

“We design our qubits on a standard silicon process and integrate all necessary control electronics on a single chip. This results in a scalable and cost-effective path to building our quantum AI engine,” says Jason Lynch.

The value of such a machine is clear. The desire for AI will only grow and therefore, Equal 1 Labs’ team needs to develop technology that will put AI on a sustainable track.

Their AI quantum computer will do this by delivering a step-change in machine learning performance, enabling better performance at a fraction of the energy. They are targeting applications such as medical imaging, satellite imaging, vaccine and drug discovery, and financial applications. They have already shown the early benefits of their approach using their demonstrator.

How Did It All Start?

Equal 1 Labs has been a long time in the making. The company’s CEO has a Quantum Physics background, and has had the dream to build a useful quantum computer since his PhD.

He has been waiting for commercial semiconductor technology to reach “quantum readiness”. He believed this time had arrived when he formed the company in 2018.

At the moment, they are a multi-disciplinary team of physicists, engineers, software, and ML software developers, and mechanical engineers based in Dublin, Ireland and Silicon Valley, California. Equal 1 Labs enjoys strong support from their investors Atlantic Bridge, 808 Ventures, and Enterprise Ireland.

The company is still developing its quantum computer. Thus, they are pre-revenue.

“However, we have a number of partner engagements. One of them is seeking to use quantum computing to identify rare diseases through genomics. Another is looking at using quantum computing to simulate new materials for batteries,” proudly shares Jason Lynch. Their potential customers are excited by the promise of quantum.

“Our biggest achievement to date was the announcement that we were the first company in the world to have a fully integrated quantum processor with both qubits and all supporting electronics on the same integrated circuit,” says Mr. Lynch.

Although many challenges remain, this was a huge milestone that the whole team is very proud of. They are looking forward to celebrating in person as a team once they are back physically to their offices.

“I have had the privilege of working with great people and great teams in my career, and I have seen the impact that teams can have and the magic that can happen when strong trust relationships are built with customers.”

That’s why he strongly believes that technology can change the world – and he hopes to be a small part of teams that make this happen.

The team has the lofty goal to become the “Apple of Quantum Computing”. For that reason, they believe Equal 1 Labs’ technology can have a huge impact on numerous areas of computing.

“InvestHorizon has been a great resource for us in terms of helping with our pitch and how we can get our message across to investors in the most impactful way. The environment of putting together peer entrepreneurs, along with seasoned investors, results in extremely impactful feedback. The InvestHorizon process has connected us with 6-8 potential investors that we would not otherwise have access to,” concludes Jason Lynch.