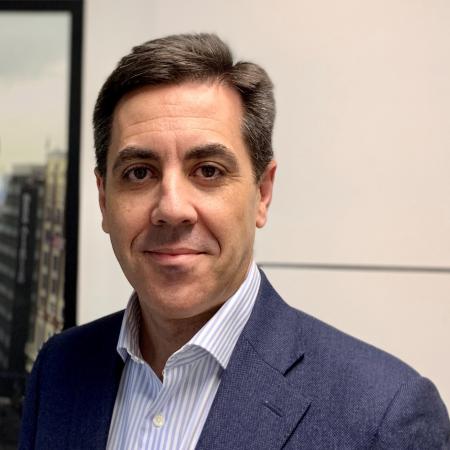 ADEX is an innovative software company that specialises in the optimisation, control, and regulation of Industrial Plants to increase performance, sustainability, and flexible operation.

The company aims to create a better world by improving the performance and increasing the efficiency of industrial applications through their self-tuning AI control technology.

Investment Sectors and Impact on Society

“ADEX is mainly focused on the Power Generation industry, including Thermal Plants and Windmills. We also invest and work with companies in the Water Management, Cement, and Composite Manufacturing industries,” shares José Martínez, CEO of ADEX.

Climate Change and National Energy Transition Plans are transforming the ways we produce and consume electricity. Thermal Power Plants will have to coexist with Renewable Energy Sources for a while.

For that reason, power plants must be more flexible to enable an increase of intermittent renewable generation. In parallel, windmills have to extend their wind range and their efficiency to maximise net production.

Values and Beneficiaries of ADEX

ADEX Technology provides an extra mile on performance for its customers. It enables Thermal Power Plants to:

A 786-MW combined cycle power plant in Southern Europe increased its ramping rates by 60%, decreased its minimum load point by 24%, and improved its heat rate by 0,17%. This happened all while temperatures are stabilised and thermal stress minimised, thanks to ADEX’s Technology.

Now, the plant is more efficient and more sustainable, which leaves more room for renewables.

José Martínez has 25 years of experience as an expert in the commercialisation of innovations and high-value products across different industries. He has helped R&D performing companies in the fields of Energy, Medical Devices, Biotechnology, IT, or Nanotechnology, among others.

Mr. Martínez has delivered five big transformational projects and has been a top sales person in various competitive environments.

Personal values: “I trust people, I empower people, and I challenge people.”

Creativity, trustworthiness, and joy are the key drivers of his leadership.

“My grandma is 103 years old. She has survived wars, pandemics, and surgeries, but she has always been positive and optimistic. Her attitude has greatly impacted my style,” proudly shares José.

In 2006, he was intrigued by Al Gore’s movie and started carrying out research in the field of energy efficiency.

11 years ago, José was awarded with the BT Chairman’s Award for promoting sustainability and creating the first commercial product to reduce CO2. Now, ADEX is helping save thousands of tons of CO2 emissions but still promoting a feasible coexistence of energy sources.

“We are a niche European SME that is funded by the U.S. Department of Energy to prove the flexibility improvement in U.S. thermal power plants,” says José Martínez.

ADEX has invested more than €6 million in R&D to deliver and patent a disruptive control technology that may change the average industrial performance.

The company is helping utilities such as ENEL and PacifiCorp to improve the performance of their existing generation assets. In addition, ADEX is working together with an Indian Windmill manufacturer for improving the efficiency of their renewable equipment.

Some of the biggest achievements of ADEX include enhancing 10+ Gigawatts of capacity with their technology, and saving more than half a million tons of CO2 emissions annually.

“We have transformed our company from Sales to Operations, and we are now ready to scale up the business. InvestHorizon is a great platform to share our experience and learn from others that will help us grow,” concludes José Martínez.