Female leadership: The role of the women at work in the age of automation 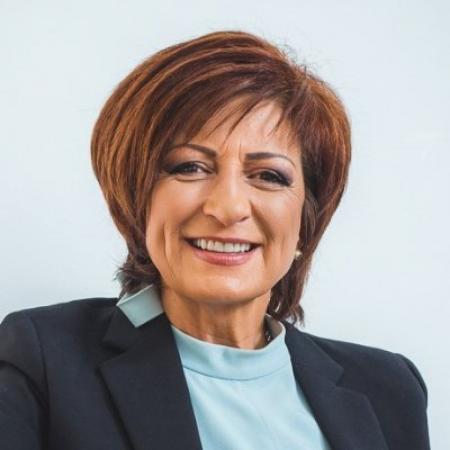 Can we believe in a better future? Sasha Bezuhanova thinks so.

In the age of automation, she looks to the future from the perspective that when robots, chat bots and technologies in general take over some of the activities that we are producing today, we’ll have more time to be together, to interact with people and with nature. ‘This will be the time to express our creativity,’ she says impatiently, ‘and we need to stimulate and prepare creativity already today’.

This is the good news, but of course there are some challenges in this automated age, and they are related to the fact that we need more engineers and more specialists to produce this connected system. In Europe alone 700,000 expert engineers are needed to address the demands of today’s digital economy, and many people do not have the right digital skills.

Today, 3.7 billion people in the world do not have access to the internet and this needs to be dealt with. Those people will lag behind in the age of automation.

There are lots of ethical problems that have emerged in the journey towards digitalisation. One of these is the gender gap - the barriers between women and men in the digital economy are quite strong and actions need to be taken immediately to remedy this.

Statistics say that today in Europe only 17% of digital jobs are taken by women and only 34% of the STEM graduates are girls, and those are the people that we need to attract and engage within this connected digital world of the future, says Sasha.

That's what the Bulgarian Centre for Women in Technology has been doing for eight years now, supporting the next generation of female entrepreneurs by holding mentorship classes and building connections between female digital leaders in a safe space.

There are lots of measures that are being taken on a policy level as well as on a corporate level to change this scenario, but according to Sasha the results, at the moment, are moderate. ‘We don't progress a lot and for me the reason is that we need to change fundamentally the paradigm of approaching this topic. We need to get out of the thinking and mentality that women need to be helped in a man’s world, but rather to find the female authenticity that can contribute to and lead this time of transformation’.

A time of transformation that goes beyond the digital dimension. Technology will help us to address the challenges of climate change, pandemics, inequalities and topics related to direct democracy.

A whole new world is emerging, and the current social, economic and political systems are not valid anymore, claims Sasha. The question is much bigger than how many engineers we will have tomorrow and whether they are male or female. ‘We need today to mobilise the talent of everybody and work together to understand the future, as we create it. This requires a totally different view and totally different approach. I personally believe that women have a key role in transiting into this new future because there is a need for more inclusive leadership and we women know how to integrate, to stimulate, to connect people in teams in society as well as in our own families.’

Speaking of making money, only 20% of today’s startups are female-led worldwide and, at the same time, the analysts forecast that if women and men were equally engaged in the new economy with their enterprises, as much as $28 trillion could be added to global annual GDP in 2025.

Sasha Bezuhanova is the founder of the Bulgarian Centre for Women in Technology. Bulgaria is the European country with more women in the digital industry. Article is based on Sasha’s keynote speech at #SHEleader@digital conference 2020