Captain of the Innovation Island 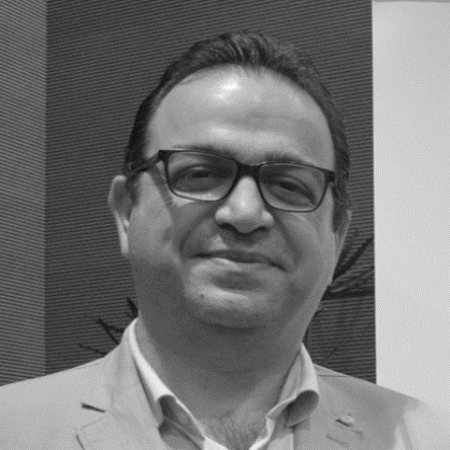 As a serial entrepreneur, angel investor and founder of CyRIC Research & Innovation Center and Gravity Ventures Incubator, Panayiotis Philimis has been at the helm of the Cyprus startup ecosystem revolution in the last 10 years.

Panayiotis Philimis is a key player in the emerging Cyprus startup ecosystem. A highly committed person, and largely responsible for the evolution of the ecosystem in the last decade, to the point of becoming known today as the Island of Innovation.

Those who know him best have seen him wearing different hats. He studied for a Mechanical Engineering PhD in Manchester, where he started working on patented technologies. He quickly demonstrated his entrepreneurial mindset by founding CNE Technology together with a colleague in the year 2000. Primarily focused on providing testing and calibrating lab services, soon it became the largest lab in Cyprus and were providing services to more than 1000 companies.

Panayiotis describes himself as a "passionate person, driven by creativity and imagination." Based on those values, he soon realised that innovation would be the engine of growth. In 2006 he created the R&D department of CNE Technology. The next six years were hectic. They implemented more than 30 R&D projects providing novel solutions to industrial SMEs.

Many people think that we all have a mission in life. If that's the case, Panayiotis found his vital role in 2013: supporting and inspiring tech entrepreneurs in Cyprus.

"We were in the middle of the financial crisis in the island, and I created CyRIC (the only certified Business Innovation Center in Cyprus) to focus on making disruptive innovations happen in Cyprus. We saw that in Cyprus there was a lot of need for innovation services for startups. I was also inspired after going to Israel in 2014, where I saw many success stories of incubators. In 2016 I founded Gravity Ventures incubator, the only one currently in the country."

Before getting there, there was an intermediate step, when in 2010 he co-founded CARIE, the Association for R&D companies in Cyprus. "From that role, I helped a lot to change the research and innovation policies and mindset in the country, from being geared only towards academia to support also the industry, transforming academic ideas and knowledge into products that can have a real impact to the economy."

Partnering with EBN (European Business Network) was "a real change". "We learnt that being an incubator means a lot more than being an accelerator, especially in a small country like Cyprus where innovation ecosystem was at its infancy. We gradually saw that startups need long term support and continuous follow up funding to survive."

In the meantime, Panayiotis started to make several initial angel investments by himself. However, what really opened his eyes to the importance of early-stage investors was when he took part in the ESIL (The Early Stage Investing Launchpad) study visits to France and Italy. "I realised our existing initiatives were really not up to date. Afterwards we started conversations with the EIF and our own government, which are still on going, about creating co-investment funds."

Looking back, Panayiotis has witnessed first-hand how the innovation ecosystem has grown dramatically last 10 years, "from non-existence to nowadays having a new Deputy Ministry of Research and Innovation supporting startups and innovative companies, the creation of several centres of excellence and we have now the first tech startups reaching the market."

It can be said without exaggeration that he has led the change, supporting many of the local entrepreneurs, but also helping on the design of local policies to foster innovation. We ask him directly and he does not shy away: What is your greatest contribution to the ecosystem? On the one side, "helping tech entrepreneurs to solve technical challenges, build their business models to go global, providing advice on the next steps of their journey, expanding their network and thinking out of the box"; and on the other side, "inspiring key and influential people in the research and innovation ecosystem to act, helping them with new ideas and proposals based on experiences from other more advanced ecosystems."

At this point, you will probably understand that Panayiotis has good reasons to be proud of his work in Cyprus: "Seeing the results of your efforts changing the status quo and helping young entrepreneurs grow into successful founders makes me happy!"

In any case, the wheel of innovation does not stop, and Panayiotis is not going to stand idly by: "The ecosystem needs early-stage investments to help talented entrepreneurs grow their startups and business. Another challenge is scaling up and expanding globally. My personal challenges are engaging foreign investors to invest in Cypriot startups and attracting business and product professionals that worked with tech products for global markets to join Cypriot startups."