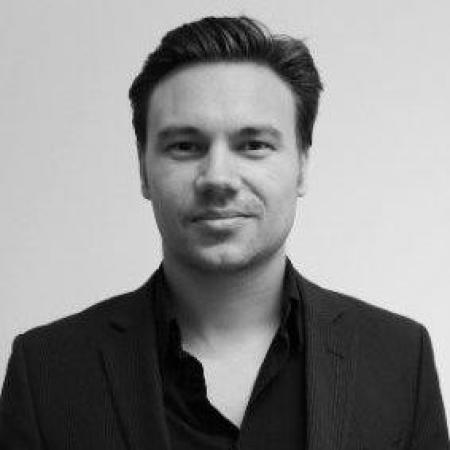 The founder and CEO of Megadev, Robert Maroschik, says he is in a position to start offering angel investing

Robert Maroschik is the founder and CEO of Megadev, a tech company that is changing the rules in the gaming industry. I met him in May 2019, at the VentureCon Bavaria event where he pitched his unique 100% legal trainer software and gaming assistant, which helps players customise the gaming experience to their preferences. A few hours later he pulled out the controller games, turned on the PC, and showcased it during a fun and memorable Demo Night. Such was life in the old normality.

That evening two years ago Robert attracted everyone's attention. Young, not so young, curious, and also that of many investors. What happened next is a long story, but he knows how to summarise it in a few lines:

“It has been a rocky road, but we are doing well. We’ve reached 7-figure revenues; we’ve grown our team considerably; we’ve opened offices in the USA and we rebranded our product (Plitch). Now we are in the expansion phase. We were lucky enough to be accepted to the German Accelerator of Southeast Asia, so now we have a profound knowledge of the Asian market. We are building our team to prepare the next steps there, as well as expanding to continental Europe too.

With our new product, we are focusing more on e-sports rather than on casual gamers. Our new investors are very deep into e-sports. We raised €1.6 million Series A last year, and we expect we will continue growing and become a main player in the gaming industry.”

Today more than one million people in the world are using the software developed by Megadev to improve their gaming experience, which is available on a subscription basis and growing at the rate of more than 50,000 new subscribers per month. 🚀

Starting a new role as a Business Angel

During the pandemic, locked in his home in Munich with his wife, Robert had a lot of time to reflect. “I took my time to think what I'm going to do with the money. I think about investing in myself, building another company, and at the end, I said no, what I really want to do is build ventures, be an entrepreneur still, and reinvest and support early-stage start-ups.”

That was when he decided to start angel-investing.

“When I told my wife, she said I’m crazy because after so many years working hard I want to go back to start-ups. But that's what I want to do.”

What are his motivations to start angel investing? He answers:

Gratitude is a strong motivation for Rob to become a business angel. In fact, he is starting this new role close to the angels who years ago helped him take flight.

“I’m in touch with the business angels that helped me get started with Megadev. I hope I can learn from them; on the other side I'm also member of the Bay Startup Network in Germany, before just as a start-up founder, and now I'm also involved in their activities as an investor.”

Asked about which start-ups interest him, Robert says he wants to focus in B2C and especially in early-stage companies. “I’ve been in the B2C space now for more than 10 years. Initially, it feels right to me, I know a lot of stuff there. Also, biggest mistakes you do happen in the first 2, 3 or 4 years of your business, after that your business matures and you may have advisors more focused on growing and expanding, rather than founding a company,” says Robert, who is also interested in the energy sector: “I’m closely monitoring start-ups related with renewable energies.”

He can speak from the experience of creating, leading, and expanding Megadev within six years. “I want to learn from other angels, I am a total rookie, but I do believe that with the entrepreneurial experience I have, I can already help founders get to their goals quickly, more than just stupid money.”